On Saturday, 24 August, Aurora Receptions in Brunswick was the scene of the 10th anniversary Life Dinner. About 200 people braved the cold to attend the event which has been held every year since the first Life Dinner in 2009 held on the first anniversary of the passing of the Victorian Abortion Law Reform Act in 2008.

The Australian Family Association hosts the Life Dinner for the affiliates of the Life Coalition, comprising groups of generous and loving pro-life people who are involved in helping mothers and babies and promoting a culture of life.

The MC for the evening was Chris McCormack, AFA Victorian President. Chris introduced the guest speaker, young midwife Therese Hungerford Morgan, who launched her 365Life campaign with beautiful little cards that focus on conveying the humanity of the unborn in a non-confrontational way. Anyone can join- it’s not hard or time or labour intensive.  But, as Therese said: “We believe that 365Life cards have the potential to change ideas and thinking, one person at a time. They save lives behind the scenes, one person at a time.”

The Charles Francis Life Award is a high light of each Life Dinner. Named for the late Charles Francis QC to honour his work in acting for women harmed by abortion and for his pro-life work generally, it is awarded to a person who is considered to have provided outstanding or generous service to those facing challenging pregnancies. The AFA is indebted to Mrs Babette Francis  and the Francis family for their generous donation to the individual winner and to the winner’s life group. This year’s winner was Chris Bright from the Helpers of God’s Precious Infants and 40 Days for Life.

Mrs Terri Kelleher, AFA National Vice President, spoke briefly on the current challenges on the life front – the abortion bill being debated in the NSW parliament and the assisted suicide/euthanasia proposals being considered in WA. Mrs Kelleher also mentioned that the first death has already taken place under the Victorian Voluntary Assisted Dying Act. The message though was positive and optimistic – we need to persevere in charity to work to establish a culture of life in our society so abortions or assisted suicide/euthanasia are not seen as the answer to life’s serious challenges.

The Australian Family Association hopes to welcome even more people to attend next year’s Life Dinner to join this vital work. If you would like information on the Life Coalition, or if you can help advertise next  year’s Life Dinner in your parish, please contact the AFA at info @ family.org.au. 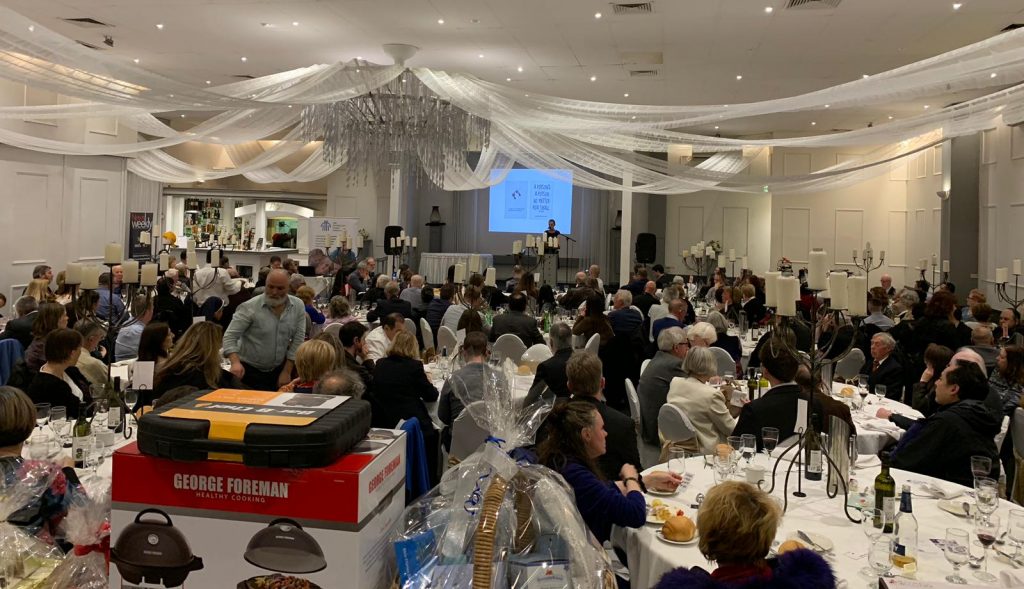