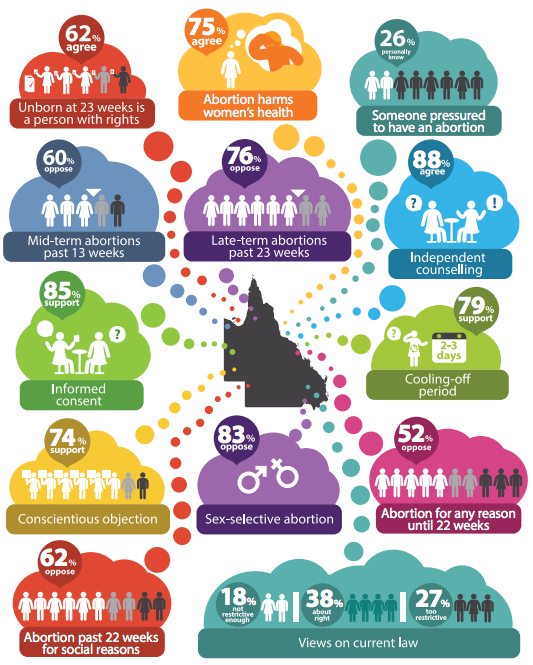 The AFA and Cherish Life Queensland have commissioned yet another YouGov Galaxy Poll focusing on issues specific to the wording of the Queensland Law Reform Commission’s draft abortion legislation.

The legislation’s wording is set to remain unchanged as it is introduced to Parliament this week under the title: Termination of Pregnancy Bill 2018.

Please click here to see the full poll results, which show that Deputy Premier Jackie Trad and the Labor Government are out of touch with regular Queenslanders.

The Brisbane Times has also published an article on the poll, commenting that MPs championing the decriminalisation of abortion are likely to face voter backlash at the next election.

The Bill will be voted on before the end of October.